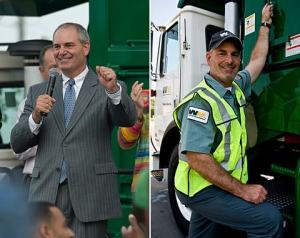 As I finished watching the first episode of the new show Undercover Boss, I shed a tear and made a mental note to catch the next episode. Why did I enjoy the show so much?

For those of you who didn’t see the show or wonder what I am talking about – here is the premise. The CEO of a major company goes “undercover” in their own company and does the daily work of one of their lower level workers. In the process they learn much about the work, themselves and the functioning of the company. In the first episode we follow Larry O’Donnell who does five different jobs in Waste Management in five days, with varying success levels.

Hmmm…..why does this premise resonate? We know of someone else in history who abandoned the power and prestige available to him and became “one of us, like us in every way.” In the process of cleaning toilets, picking through recyclables, picking up litter, our CEO comes to the realization that the average worker in his company works incredibly hard, and that some workers persist with a positive attitude even though life has dealt them cancer, diabetes, and too many relatives to support on their income. Our CEO’s response is encouraging – he is outraged at injustice, awed by positive attitudes and persistence, and seeks to use his authority to make right the wrong values and practices that he uncovers.

Just as someone else in history went about his people “curing their illness, restoring sight to the blind, speech to the dumb, etc.” our CEO seeks to bring justice and healing to the situations he uncovers. As we consider both our historical example and our CEO, we recognize that all the people can’t be healed, all the problems can’t be fixed, but a vision of shalom and flourishing is presented nonetheless.  Our CEO sees what each worker brings to their situation, and seeks at the end of the show to more closely match the passion and gifts of the people he worked with to better jobs – for example, our infectiously upbeat toilet cleaner is recommended for a job that more closely matches his ability to bring joy to others, and our litter manager is made a company mentor for those dealing with their jobs and difficult personal health situations.

Unlike Jesus, our CEO wasn’t crucified at the end of the episode, but in a company meeting where our enlightened CEO explained his epiphany and outlined positive changes for workers, it seemed to me that his fellow leaders weren’t fully sold on the concept – they gave a sort of “this too shall pass” look. The viewer wonders if Larry the CEO will be successful at implementing this new servant leadership style and make it stick.

This show not only made for good viewing – who couldn’t relate to their bosses actually having to do their work and live in their shoes 24/7 – the human desire to be fully understood, but it presents a concrete vision for leaders of how it might be to lead in a servant manner, emulating the “foolish” values of Christ that we try to teach our kids in Christian schools and helping others to flourish.

A poem about leadership 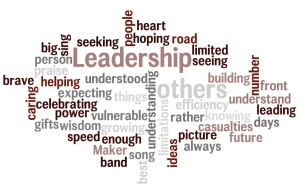 Leadership is not about speed, ideas, efficiency, or power . . .

It is about knowing your own limitations and celebrating the gifts of others,

It is growing in wisdom, understanding the number of our days, and seeking to understand rather than be understood.

It is caring for people, always hoping for, and expecting the best.

It is being brave enough to be vulnerable in front of others.

It is seeing the big picture of where things are, and building a road to the future with limited casualties.

It is helping each person to sing their song from the heart, and leading the band in praise to their Maker. 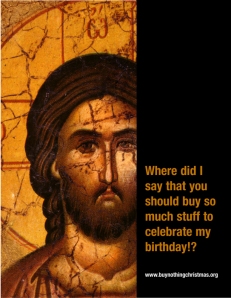 Here are a number of things that were more than the average morsel of information and made me go “Hmmm, that’s interesting!” Happy chewing!

“Silo thinking by discipline area doesn’t help kids deal with complex situations.” (author of quote unknown.) Sounds like Christian schools should be leading the way in non-silo thinking since we believe all things cohere in Christ – right?

From the book: The Young and the Digital: What the Migration to Social-Network sites, Games, and Anytime, Anywhere Media Means for Our Future by S. Craig Watkins. Besides winning the longest subtitle award, here are some interesting comments and facts from the book:

Instead of playing “Devil’s Advocate” consider being an “Angel’s Advocate” – list three good ideas about a new idea first, then address your concerns. – Marci Segal in Futurist magazine.

“For most of us, the great danger is not that we will renounce our faith. It is that we will become so distracted and rushed and preoccupied that we will settle for a mediocre version of it.” – John Ortberg